7 years have passed since the first notes of his nu-rumba, 7 years of an excitingAfrican groove , constantly renewed, which has established itself on the air as on the music scene. Bantunani was able to propose an unclassifiable music, at the crossroads of styles, from rock and soul, between contemplation and intrigue among the adventure of a group and the signature of a man, Michel Nzau says MN. The story of a Play List nomad, a music lover eager to share his world, where the base rubs Afro jazz harmonies, funk, R & B and other timeless styles. Offering a casual rock-funk that is rooted between Kinshasa and New York, the sound is rich announce effective melodies, conscious and enrolled in a dynamic fusion themes. This new album is a reflection of a long process of creation, the result of an insoluble inequality: the alliance of electronic rhythms a wild groove fed influences Jazz, Afro-Cuban, pop and rock. 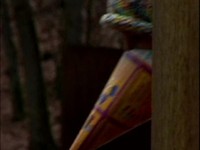